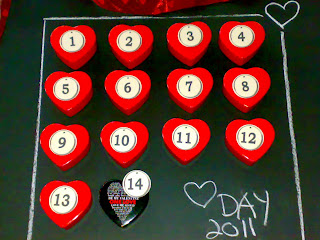 I'm not the sort of person who starts a diet on the first of January (remind me later to start that project!). 2011 is the year in which I'm going to be a much more creative person. I found that a lot of projects I attempt, do not turn out the way I want it. Therefor, I will record every project and note the ups and downs I experienced.
For the record - I'm actually Afrikaans (the one spoken in South Africa) and my English is not the best but I'll try. Another reason for my blog - to practice my English!
This week I made a countdown calender for valentine's day. I used red tins (1 black), fixed magnets to their backs and arranged it on a sheet of hardboard covered with a few layers of magnetic paint. You can even write on the board with blackboard chalk.  As I said, nothing went according to plan. You have to paint about 10 layers of magnetic paint on the hardbord otherwise the magnets doesn't want to stick to it. The magnetic sheets that I bought to stick on the tins wasn't strong enough either.  I ended up sticking more than one magnet onto each tin.  I want to do a similar project with tuna tins but I'm afraid, I will have to get stronger magnets. The reason why I wanted everything to be magnetic is that I want to re-use the goodies. eg. I want to use the same board with little boxes for an advent calender. I even made 31 of the numbers and they are magnetic too.  Another mishap!  I bought numbers from an etsey store but when they arrived, they were bigger than my tins.  I also think that I'm very lucky to get hold of the tins. Normally we don't get stuff like that in our shops and a lot of onlike shops doesn't ship to South Africa!
I wanted to paint a layer of blackboard paint over the magnetic layer but it was a huge mess.  The paint was an oily, sticky, lumpy consistency and it rubbed off after it was painted. Maybe I used the wrong type but I ended up overpainting with the magnetic paint.  Actually, the chalk worked better on the magnetic paint than on the blackboard paint.
When I bought the magnetic paint I inteded to paint inside my bedroom cupboard doors and then fix little tins with costume jewellary to it.  I'm pretty sure this will not word as the magnetic paint is not strong enough. This is a rather expensive mistake as the small tin of magnetic paint that I bought, cost R330. In South Africa a loaf of bread costs about R6 if you want to compare apples with apples.
OK, project 1 done and recorded.
Posted by Hazel at 11:28 AM 1 comment:

More projects by ME! 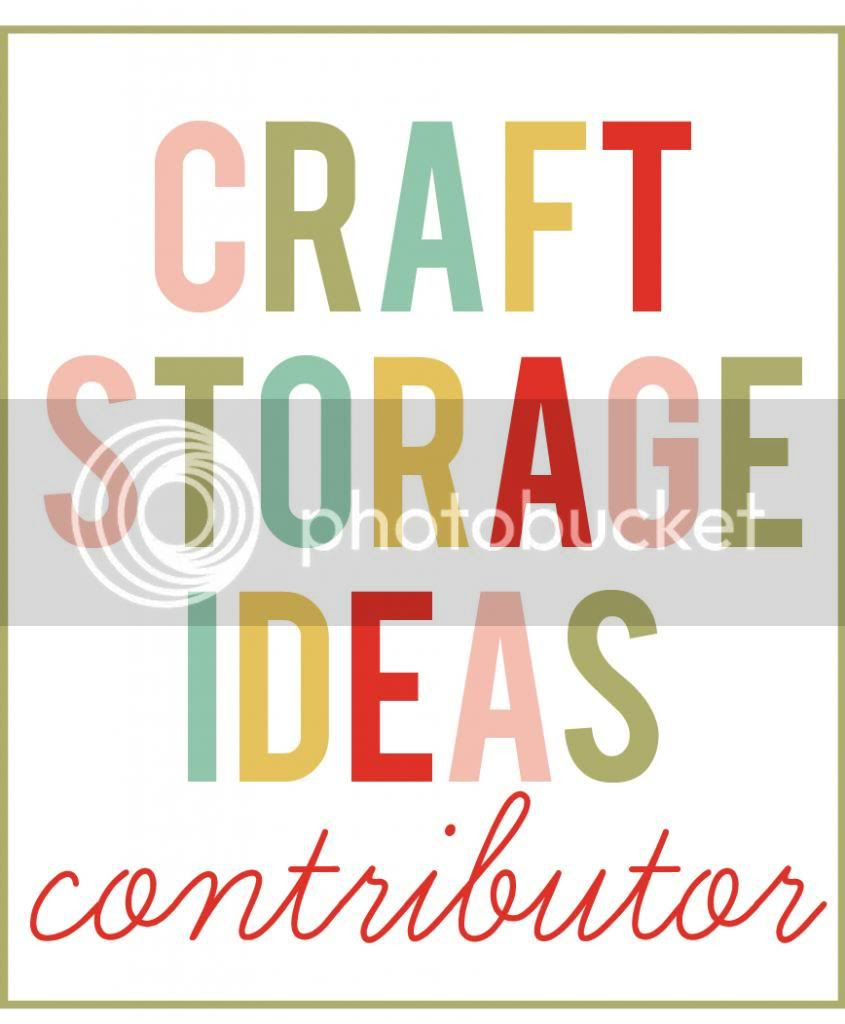